The action takes place in a coastal town in southern Norway. 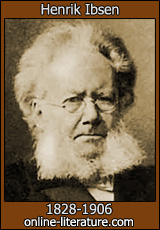