Literature Network » Kenneth Grahame » The Wind in the Willows

Mole thought his happiness was complete when, as he meandered aimlessly along, suddenly he stood by the edge of a full-fed river. Never in his life had he seen a river before--this sleek, sinuous, full-bodied animal, chasing and chuckling, gripping things with a gurgle and leaving them with a laugh, to fling itself on fresh playmates that shook themselves free, and were caught and held again." Such is the cautious, agreeable Mole's first introduction to the river and the Life Adventurous. Emerging from his home at Mole End one spring, his whole world changes when he hooks up with the good-natured, boat-loving Water Rat, the boastful Toad of Toad Hall, the society- hating Badger who lives in the frightening Wild Wood, and countless other mostly well-meaning creatures.

In the early stages of this story, the spirited and intelligent Water Rat is talking to his best friend, the emotional but easy to please Mr Mole, about his most loved activity. “Nothing seems to matter, that’s the charm of it”, he says. “Whether you get away, or whether you don’t; whether you arrive at your destination or whether you never get anywhere at all, you’re always busy…” When Kenneth Grahame sat down to write his timeless novel he subtly expressed that same viewpoint that the Water Rat had. So at times we begin to wonder whether the events are leading to anything, but one that knows the novel through and through can tell you that that is the charm of it. While the lenient Mr Badger explores his enormous underground residence, Rat and Mole drift down the river in rowing boats, the Otter teaches his son Portly how to swim and Mr Toad discovers a new craze. So by intertwining the quiet, composed life of the “riverbank residents” with the fast-paced action of worldly living, Kenneth Grahame keeps us enthralled. As you embark on this new literature journey, let the spectacular imagery, unique characters and thought-provoking life principles of The Wind in the Willows inspire and uplift your imagination. --Submitted by Joshua D

It is spring, the weather is fine, and good-natured Mole loses patience with his spring cleaning and dares to leave his underground home, heading up to take the air. He ends up at the river, which he has never seen before. Here he meets Ratty (a water vole), who spends all his days in and around the river. Rat takes Mole for a ride in his rowing boat. They get along well and the two of them spend many more days on the river, with Rat teaching Mole the ways of the river. Some time later, one summer day, Rat and Mole find themselves near Toad Hall and pay a visit to Toad. Toad is rich, jovial and friendly, but conceited, and tends to become obsessed about things, only to dismiss them later. Having given up boating, Toad's current craze is his horse-drawn caravan. In fact, he is about to go on a trip, and persuades Rat and Mole to join him. A few days later, a passing motor car scares their horse, causing the caravan to crash. This marks the end of Toad's craze for caravan travel, to be replaced with an obsession for motor cars. Mole wants to meet Badger, who lives in the Wild Wood, but Rat knows that Badger does not appreciate visits. On a winter's day, Mole goes to the Wild Wood to explore, hoping to meet Badger. He gets lost in the woods, succumbs to fright and panic and hides among the roots of a sheltering tree. Rat goes looking for Mole, and finds him, but it starts to snow and even Rat no longer knows the way home. By chance they arrive at Badger's home. Badger welcomes Rat and Mole to his large and very cosy home, and gives them food and dry clothes. Badger learns from Rat and Mole that Toad has crashed six cars and has been hospitalized three times, and has had to spend a fortune on fines. They decide they should do something to protect Toad from himself, since they are, after all, his friends. Some months later, Badger visits Mole and Rat to do something about Toad's self-destructive obsession. The three of them go to visit Toad, and Badger tries talking him out of his behaviour, to no avail. They decide to put Toad under house arrest, with themselves as the guards, until Toad changes his mind. Feigning illness, Toad manages to escape and steals a car. He is caught and sent to prison on a twenty-year sentence.

Rat visits his old friend Otter and finds out that Otter's son is missing. Rat and Mole set out to find him. They receive help from the god Pan who leads them to the location of the missing child. Pan removes their memories of this meeting "lest the awful remembrance should remain and grow, and overshadow mirth and pleasure". In prison, Toad gains the sympathy of the jailor's daughter, who helps him to escape. This involves disguising Toad as a washerwoman. Having escaped, Toad is without possessions and pursued by the police, but he shakes off his pursuers with the help of the driver of a steam train. Still disguised as a washerwoman, Toad comes across a horse-drawn boat. After lying about being a capable washerwoman to the owner of the boat, who offers him a lift in exchange for his laundry services, he gets into a fight with her, steals her horse and sells it to a traveller. He stops a passing car, which happens to be one he stole earlier. However, the owners don't recognize him in disguise, and give him a lift. Toad asks if he can drive, which of course quickly leads to an accident. He flees and by chance arrives at Rat's house. Toad hears from Rat that Toad Hall has been taken over by weasels, stoats and ferrets from the Wild Wood, despite attempts to protect and recover it by Mole and Badger. Although upset at the loss of his house, Toad realizes what good friends he has, and how badly he has behaved. Badger, Rat, Mole and Toad enter Toad Hall via a secret entrance and drive away the intruders. Toad makes up for his earlier wrongdoings by seeking out those he wronged and compensating them. The four friends live out their lives happily ever after.--Submitted by Deep Grade 8B The Millennium School, Dubai, U.A.E.

Recent Forum Posts on The Wind in the Willows

The Wind and The Willows

Hello, Can any one help me find the value of this book. It is in great shape and is copywrighted in 1908. Illustrated by e.h.shepard ? thank you.

1. I'm old and so is the site, no? I probably won't be back, but... 2. I'm reading the book site for the first time and the book for the fifth time, at 72, and I want to wish everyone to READ IT REPEATEDLY! Starting with tiny kids and moving on up, it's a sweeping answer to increasingly desperate world problems. Cheers, EJ

Wind in the Willows - vocabulary

Wind in the Willows Library Project

Hi, I am the librarian at an English School in Cologne, Germany. Our school just opened a new builing, which is called "Willow House". It gets its name - of course - from K.G.'s wonderful "wind in the Willows". To celebrate the opening, we are planning a literary project on and around WitW. I have been writing to various publishers for posters, displays etc., but there doesn't seem to be too much around. Can anybody help me out here? Do you know of any source I could tap to get some nice promotional/display materials? I would be really grateful for that - thanks! Barbara at St.George's

I know that there was a book written that tackled the theme of Wind in the Willows but from the weasels point of view. Unfortunately I know neither the authors name nor the title of the book. I beleive that the author was a woman but that may be wrong. Does anybody know the book I am looking for? Regards Graham

Hello, I am doing a project for school and I need to know the following. Could someone name all the animals in The Wind and The Willows? And who was Kitchener? I need this by monday :banana:

Wind In The Willows...... The Musical

For those of us who keep up with the current trends on Boradway, it's starteling how very few shows these days come from the author's originol ideas. I could name practicaly every show known to man, but I still have trouble thinking of a show that isn't based on a book, poem, movie, or something that was already written. And that used to bother. Now I realize why people do it...... because it's so unbelievably hard to come up with a good plot! So, why not "borrow" one from someone else. I was thinking one day what would make a good story to musicalize. It was then I thought back to my childhood and remembered reading a little story book called The Wind In The Willows and I thought to myself...... hm. Upon reading the first chapter I realized a few things. One, it's much longer than I thought. Two, it's a different version than I read as a kid (in my version the animals didn't call each other an ***) and three...... it just might work. I don't know. I have to read the rest before I decide if it could really work out, but even in the first chapters ideas began to spring into my mind. I have two songs already that could work. I'm hoping most of you all have already read the whole thing and would know if there's potential, or if I'm just wasting my time. The Wind In The Willows The Musical...... what do you think?

"Can you keep a secret"

Hi Im pretty new to these forums but I wondering if anyone knows this; Where abouts in the book would the quote "Can you keep a secret" appear, someone I know needs to re-create a piece from the book 'THE WIND IN THE WILLOWS' but has lost their scripting, all they know is it starts with "Can you keep a secret" and are trying to look through the book for it Electronix (BTW i have tryed Ctrl+F on online versions of the book but to no prevail)

I have just finished the adapted version of the play and i found it extremely good. It really involves you and it is a compelling and inspirational piece

I was first introduced to this book by my fifth grade teacher. I have reread it several times as an adult and feel that this is one of those rare treasures in literature, a story that is subtle enough to improve with age. The story has something of interest for people of any age.

Post a New Comment/Question on The Wind in the Willows 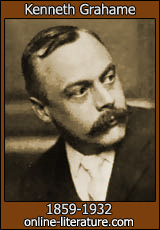