First published in 1842, no alterations were made in it subsequently.

This noble poem, which is said to have induced Sir Robert Peel to give Tennyson his pension, was written soon after Arthur Hallam's death, presumably therefore in 1833. "It gave my feeling," Tennyson said to his son, "about the need of going forward and braving the struggle of life perhaps more simply than anything in 'In Memoriam'." It is not the 'Ulysses' of Homer, nor was it suggested by the 'Odyssey'. The germ, the spirit and the sentiment of the poem are from the twenty-sixth canto of Dante's 'Inferno', where Ulysses in the Limbo of the Deceivers speaks from the flame which swathes him. I give a literal version of the passage:--

"Neither fondness for my son nor reverence for my aged sire nor the due love which ought to have gladdened Penelope could conquer in me the ardour which I had to become experienced in the world and in human vice and worth. I put out into the deep open sea with but one ship and with that small company which had not deserted me.... I and my companions were old and tardy when we came to that narrow pass where Hercules assigned his landmarks. 'O brothers,' I said, 'who through a hundred thousand dangers have reached the West deny not to this the brief vigil of your senses that remain, experience of the unpeopled world beyond the sun. Consider your origin, ye were not formed to live like Brutes but to follow virtue and knowledge.... Night already saw the other pole with all its stars and ours so low that it rose not from the ocean floor'"


But if the germ is here the expansion is Tennyson's; he has added elaboration and symmetry, fine touches, magical images and magical diction. There is nothing in Dante which answers to--

Of these lines well does Carlyle say what so many will feel: "These lines do not make me weep, but there is in me what would till whole Lacrymatorics as I read".

[Footnote 4: How admirably has Tennyson touched off the character of the Telemachus of the 'Odyssey'.]

[Footnote 5: The Happy Isles, the 'Fortunatæ Insulæ' of the Romans and the

of the Greeks, have been identified by geographers as those islands in the Atlantic off the west coast of Africa; some take them to mean the Canary Islands, the Madeira group and the Azores, while they may have included the Cape de Verde Islands as well. What seems certain is that these places with their soft delicious climate and lovely scenery gave the poets an idea of a happy abode for departed spirits, and so the conception of the _Elysian Fields_. The _loci classici_ on these abodes are Homer, Odyssey, iv., 563 _seqq_.:--

[But the Immortals will convey thee to the Elysian plain and the world's limits where is Rhadamanthus of the golden hair, where life is easiest for man; no snow is there, no nor no great storm, nor any rain, but always ocean sendeth forth the shrilly breezes of the West to cool and refresh men],

and Pindar, 'Olymp'., ii., 178 'seqq'., compared with the splendid fragment at the beginning of the 'Dirges'. Elysium was afterwards placed in the netherworld, as by Virgil. Thus, as so often the suggestion was from the facts of geography, the rest soon became an allegorical myth, and to attempt to identify and localise "the Happy Isles" is as great an absurdity as to attempt to identify and localise the island of Shakespeare's 'Tempest'.] 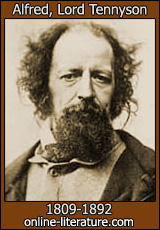